by By The Byte | Console Gaming, Microsoft, Proximity Voice 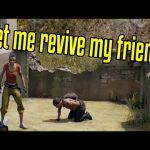 Okay what in the world happened to Proximity Voice on Xbox One? One of the main features of online gaming was the ability to speak and hear members of the opposite teams when in close contact. This was a big part of the Halo franchise as it gave you the ability to taunt other players on the opposite teams when close enough. That’s what made it fun, but you had to take it all with a grain of salt and not get too upset at what you hear as sometimes the comments can be down right mean. So where did it go when the Xbox One came out? I always believed it was a problem when the Halo franchise changed developers or it was forgotten about on the design room floor. Truth of the matter is, Microsoft dropped proximity voice for all their online games and they did it quietly! I will be honest in saying that it truly destroyed Halo and other like games for me. It took the fun out of it. Were people being offended by a few choice words that made the other player rush out from behind the barricade into a hail of bullets from the opposing team? Hard to say.

When the three major consoles came out, the Wii was for kids, PlayStation for the teens and Xbox for the old timers. Not a marketing campaign but if you think about it they were purchased that way. Games such as Halo came out with an adult rating of 18+. So profanity on chat was something you were just going to experience. Don’t forget that at any time you didn’t like the sound of someones voice, you could just mute them. Done, gone. I have a sneaky suspicion they did it for the ability to lower the age of play rating. Parents who let their under age children play adult rated games would stop complaining and the problem is solved. But proximity voice is still enjoyed on most PC games, not sure if PlayStation ever had it or if they still have it. So why not put it back with child account restrictions? Everything seems a little tight lipped for my liking. Googling “Proximity Voice Xbox One” reveals no answers about why its turfed. Only results are of people complaining they want it included in their games and blaming the developers for not including it. But even the developers are staying tight lipped about it. None of them are admitting its Microsoft that ordered the removal. Why? Of course I’m just assuming Microsoft ordered it as I don’t have proof but almost every games website that had proximity voice are complaints that its no longer available and the developer has no plans to include it. So weird.

Bring back the feature with the adult game rating and let us choose who to mute when trash talking gets a bit rough. For me its what made the game. Made a lot of friends that way! Made some enemies too 😛

Open chat
Hello, thank you for contacting us.